The Thread of Life

The Thread of Life – exhibit tells of the journey of a human life, the everyday, and the festivities, in Southwest Finland of the 1800s. The exhibit focuses on such landmarks of life as marriage and starting a family. The exhibit also shows how the Lutheran church’s lessons on a virtuous life walked hand-in-hand with folklore about banishing evil and misfortune and keeping it at bay.

The exhibit walks you through childhood, into youth, to courting and family life to secure one’s twilight years, and finally to letting go of them.

The traditions of Mauno and Ester Wanhalinna are upheld by the historic house museum of the Vanhalinna manor house. It’s greatest treasures are the furniture originally from the University of Turku’s original Phoenix building. In addition to them, presented in the exhibit are mainly post-Winter War, post-Continuation War and post-Lapland War furniture and items.

The exhibit is focused on the downstairs rooms of the manor house, where the parlor, dining room, the maiden’s chamber, the Kultaranta-room, the Householder’s office, and the kitchen. Every room tells its own part of the Vanhalinna estate’s and the manor house’s history, and the story of its owners.

The archaeological exhibit presents the prehistoric valley of the river Aura. The thematically arranged exhibit concentrates on the ancient Vanhalinnaa hillfort as well as the spiritual life of the burial ground of Aittamäki. In addition, the exhibit presents archaeology as a science: how can we make sense of ancient artifacts and make them tell us of the life of our forebears?

The exhibit is located at the ground floor of Vanhalinna manor.

The exhibit, located in the old sauna next to the Vanhalinna manor, presents the furniture and artefacts of one of the banks in Lieto. In addition, various piggy banks are in display. In the building you will also find the room of the bank clerk. 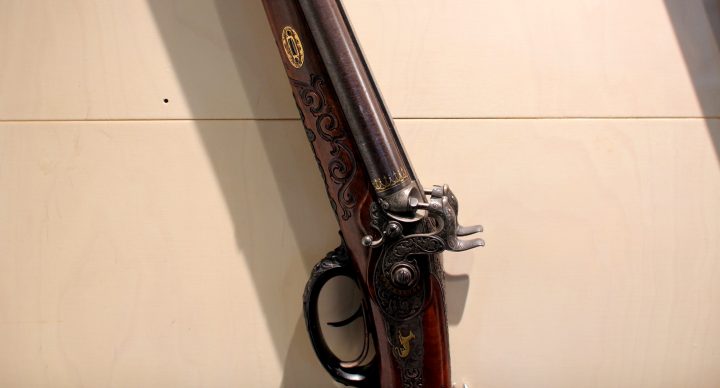 The exhibit, located in the cellar of Vanhalinna manor, consists of engraved and festive weapons from the 1800s till the 1990s.

The weapons in display are made by, among others, Colt, Sako and Valmet.

The exhibition can be viewed until spring 2023.

The Student Union of the University of Turku celebrates its 100th birthday in 2022. During a century, the union has become an organization of over ten thousand students. The anniversary is celebrated with parties, events and the publication of a new history book about the union. The exhibit is a part of the celebrations, presenting the union’s eventful history.