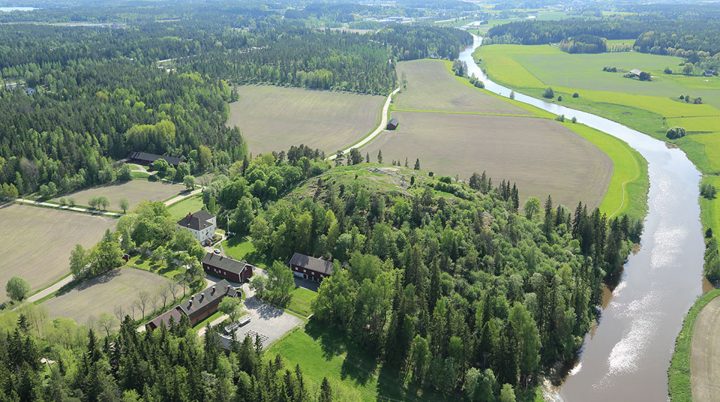 On the Vanhalinna estate you will find two nationally significant ancient monuments: the Linnavuori hill, and the ancient burial ground of Aittamäki. Both of these sites are protected under the Finnish Antiquities Act. 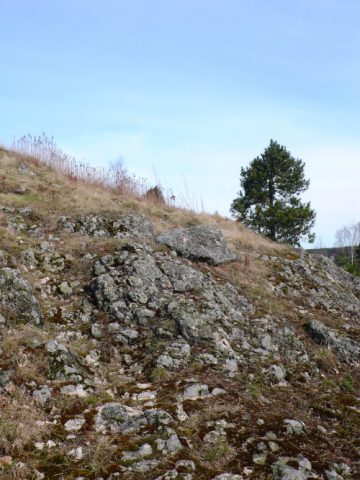 The oldest dated archeological finds from the top of Linnavuori hill are pieces of Stone Age ceramics (dated to 2000-1300 BCA) along with some stone artefacts possibly from the same timeframe. During the Stone Age Linnavuori was surrounded by the sea and only near the end of the Bronze Age (around 500 BCA) had the sea level lowered enough for the hill to be attached to the mainland. The artefacts from Linnavuori dated to the Bronze age include pieces of clay dishes along with pieces of amber.

The first armaments were built onto Linnavuori sometime in the middle of the Iron Age (500 CA) which became more and more permanent closer to the 1000s. These armaments were built onto the more gradual slopes of the hill while the top of the hill held small wooden huts and cabins, where people could live even for longer periods of time. The artefacts dated to these times speak of more permanent residence in the area: items related to food preparation, fabric weaving, and recreational activities, but also artefacts related to warfare and the preparations for it.

The postglacial geological rebound, the formation of the Halistenkoski rapids, and the founding of the city of Turku resulted in the decrease of Vanhalinna’s hillfort’s importance. The dating of discovered coins tells us that the Linnavuori was still being used as a hillfort site when the “new castle” aka. the Turku Castle was built to the mouth of river Aura. However, very soon, between the 1200s and 1300s, the usage of Vanhalinna as a central location to the area ceased.

One of the oldest sites where Iron Age archeological discoveries have been made on the Vanhalinna estate is the smaller hill beside Linnavuori; Aittamäki. It was used as a burial ground in two separate eras. Burials have been made on the hill both in the Roman times (~100-200 CA) and during the Viking age (~900-100 CA). In the Roman time burial rites the bones of the cremated deceased were placed into a small pit in the ground, or into a wooden urn. Some items that had belonged to the deceased were buried with their bones. During the Viking age the area was used as a type of collective level ground cremation cemetery, which were common in Iron Age Finland and Estonia. In these cemeteries the cremated deceased’s bones were scattered onto a rocky field and then covered with more rocks and soil.

The flora on Linnavuori hill has evolved in stages over the centuries. Close to 300 different plant species have been catalogued, most of which being typical plants to the so-called “oak-zone” of Southern Finland. Among them are many archaeophytes. They are either useful plant species’ that have travelled with human migration, or that people have deliberately cultivated. These archaeophyte species’ on the Linnavuori area include dropwort, field garlic, the black mullein, and the greater celandine.